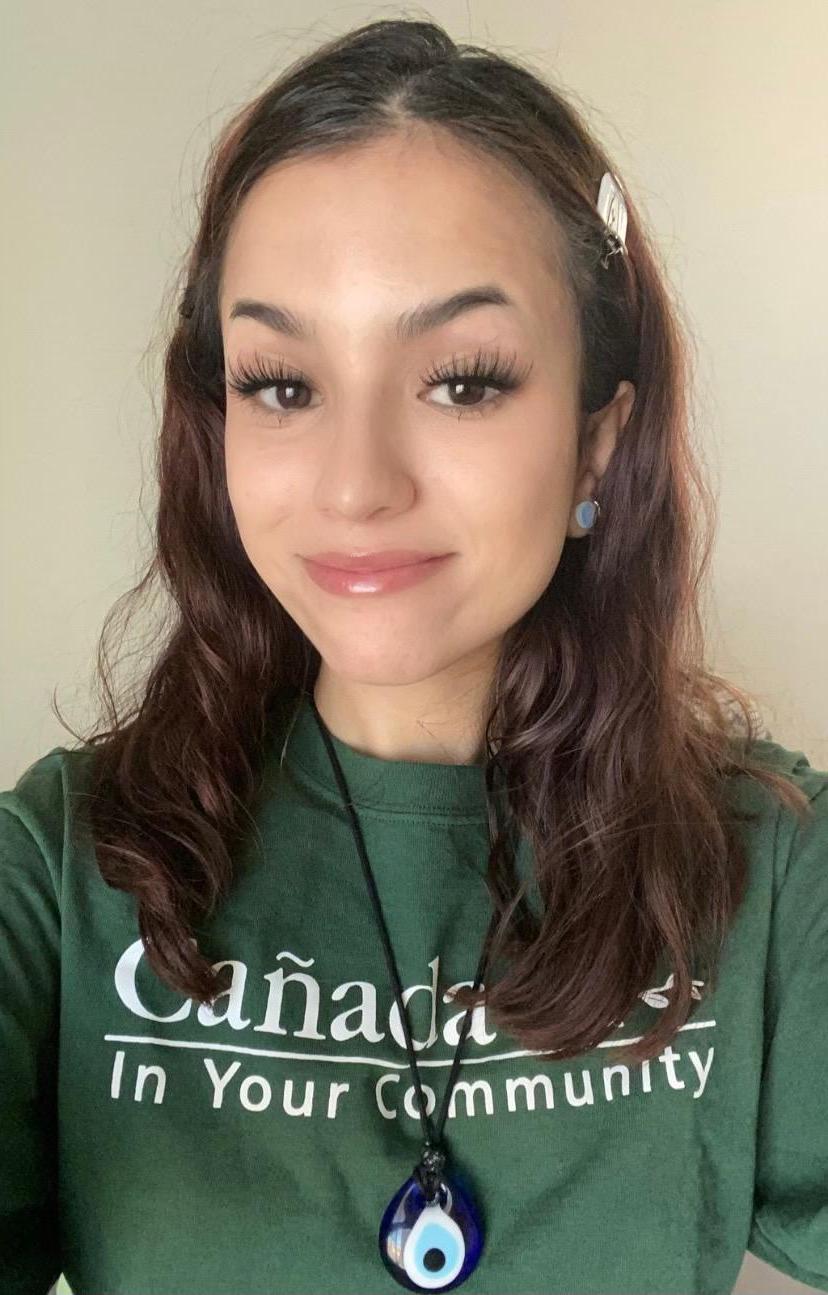 Ruby graduated from Menlo-Atherton High school. She is majoring in Animal Psychology with hopes of helping wildlife and having the chance to educate others about how important it is for to take care of wildlife and the habitats they live in. Her favorite hobbies include painting, sculpting, hiking, and overall having fun. Her favorite thing about being a Campus Ambassador is making connections with staff and other students because she gets to learn new information from staff and gets to share it with other students. 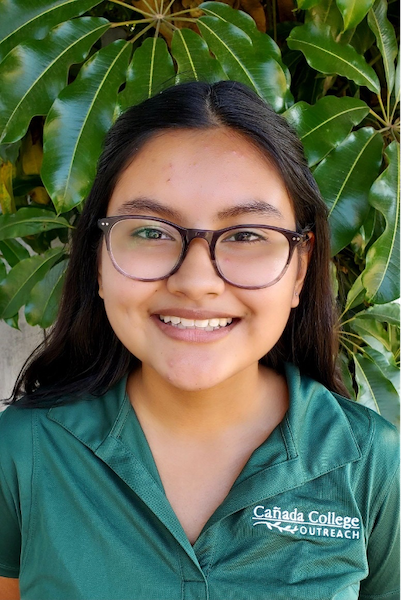 Natalie is a Middle College student at Cañada College. She hopes to major in Sociology. She grew up in Redwood City and loves baking and exploring different coffee shops. She’s excited to be a Campus Ambassador because she loves helping people and engaging with different communities. 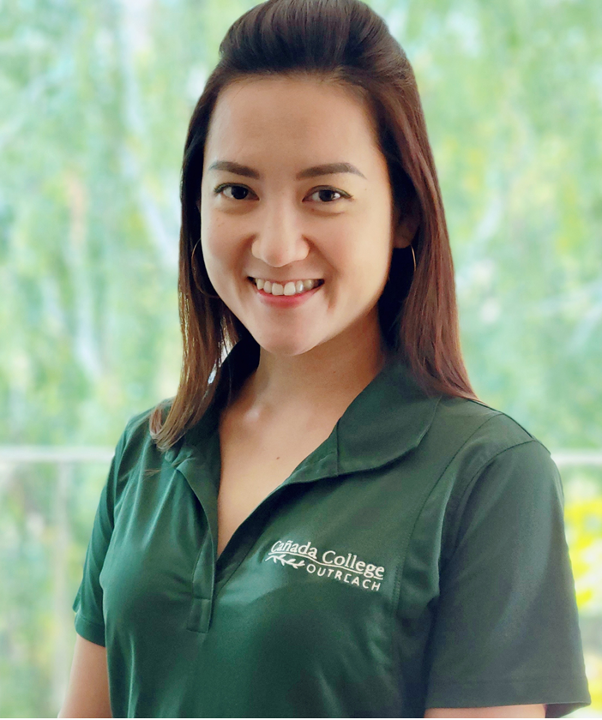 Emma graduated with an MBA from Notre Dame de Namur University. She comes to enhance her Marketing specialization skills at Cañada College. As a Campus Ambassador, Emma loves to share her thrilling and adventurous educational journey with everyone around her. By that, she hopes to inspire others to become passionate lifelong learners. Emma also loves mentoring kids and young people to achieve their potential beyond their initial dreams. She enjoys swimming, singing, hiking, fishing, and playing ukulele in her spare time. Her dream is to one day travel to all the states in the US and become a MasterChef, serving her family and friends. 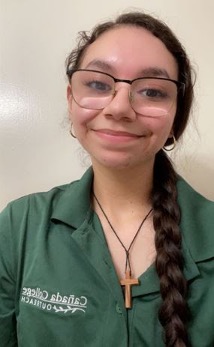 My name is Kim Benitez Mancillas and I'm 18 years old. I’m a first-year student at Cañada College as a sociology major. I graduated from Sequoia High School and I chose to attend Cañada because of all the amazing opportunities and the sense of community on campus which helps me feel supported in my transfer goals to a 4-year university. Some hobbies I enjoy doing in my spare time include weight training, walking, ceramics, yoga, and journaling. As a Campus Ambassador, I hope to grow as a person, give back to my community and establish lots of new connections. 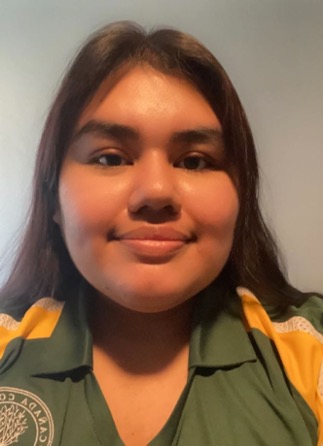 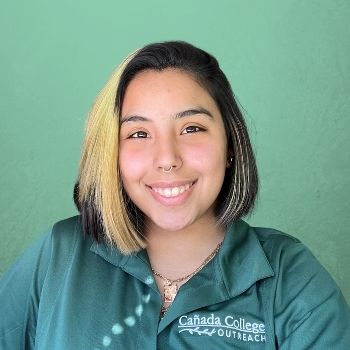 Jasmine is a biology major at Cañada College and aspires to be a veterinarian. Her biggest hobby is being an Aztec dancer. She likes being a Campus Ambassador because she likes to help people. 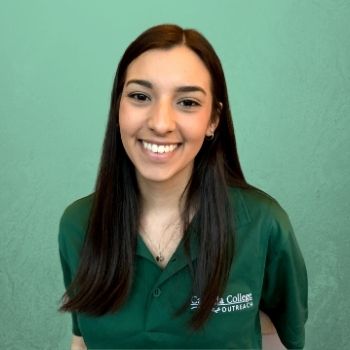 Cathleen Espinoza graduated from Woodside High School in 2018 and is now in her third year at Cañada College. She plans to transfer to San Jose State University in Fall 2021 where she will be continuing her studies in Computer Engineering. She is a part of the Promise Scholars Program at Cañada. In her free time, she enjoys watching Marvel movies and baking. She loves being a Campus Ambassador because she’s able to help students and give back to the community! 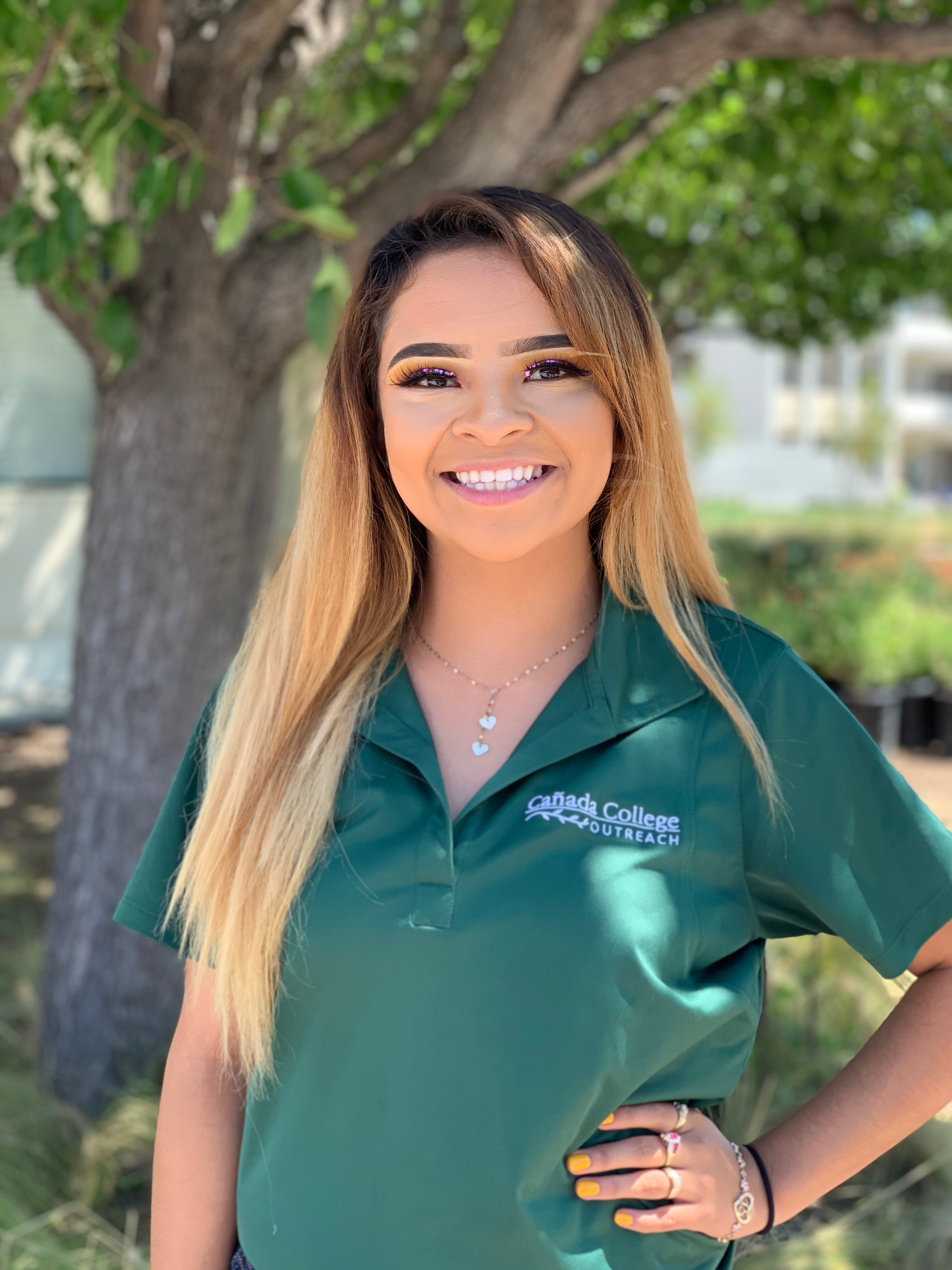 Janelly graduated from Sequoia High School. She is now going on to her second year at Cañada College majoring in Interior Design. She would like to transfer over to San Jose State University and also join the cheerleading team. Janelly's favorite hobbies are drawing, painting, crafting, designing, and doing make up. Janelly is a Puentista and is also part of EOPS, Sparkpoint and Promise. 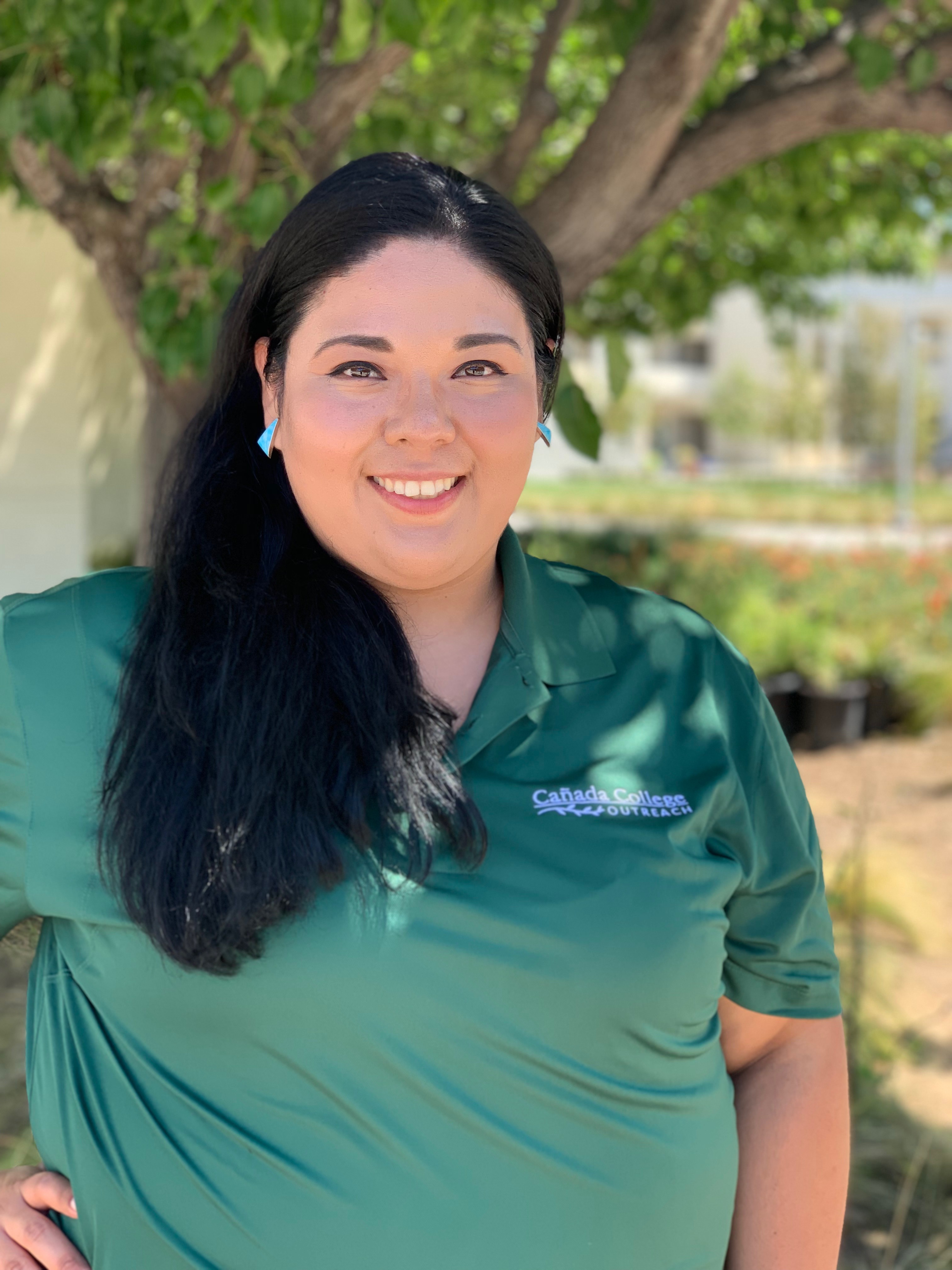 Kaylee is an international student from Mexico. Kaylee loves meeting new people, helping and speaking to others. She speaks Spanish, and English as a second language. In her free time she loves doing research, and traveling to different cities as much as possible. She loves languages, and she loves exploring different ways of saying “Hello!” in other languages. 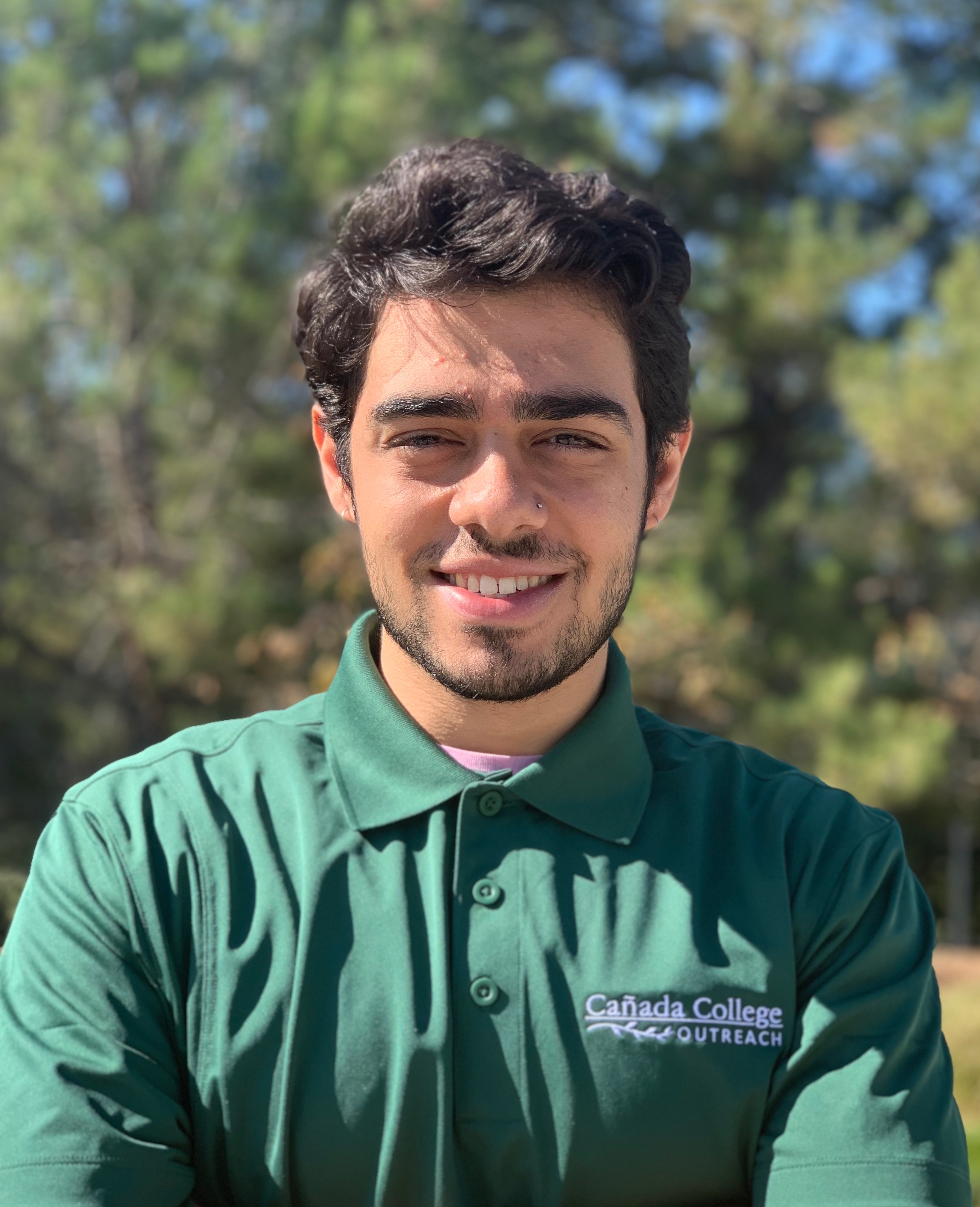 Adrian Afif is a transfer student from CSU, Chico. After realizing he wasn't following his true passion of being a filmmaker, Adrian moved back to his home of the Bay Area to go to community college, until he is ready to transfer to a 4-year university in SoCal. Adrian is also an ambassador for the Promise Program, an ESO Adelante Peer Mentor, the President of the Associated Students of Cañada College. In his free time, Adrian loves writing scripts and turning those scripts into short films. He won two awards for his short film, "I Do Not Fear You", which was also accepted into the 2020 Cannes Film Festival. 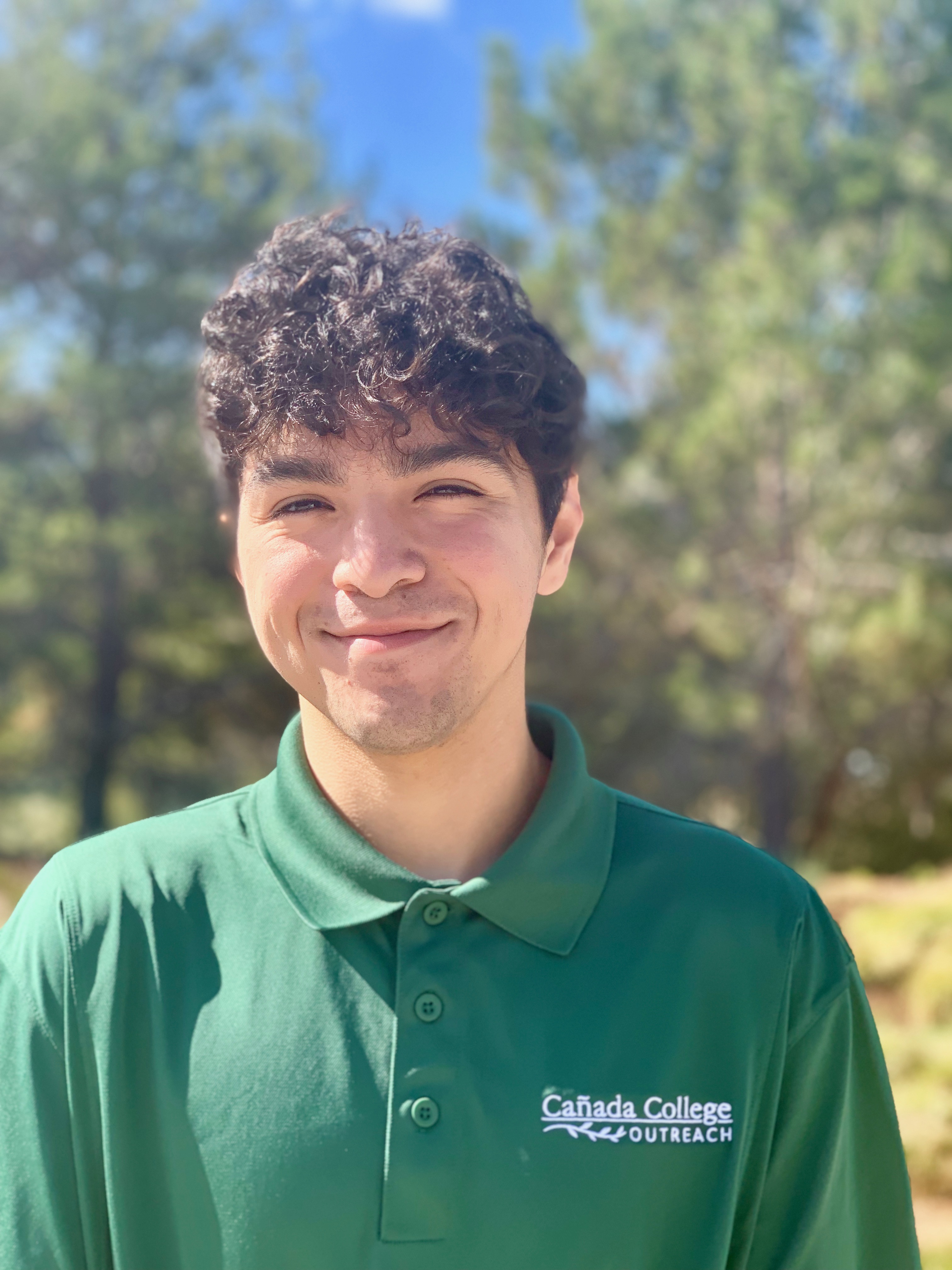 Jesus Robles graduated from Woodside high school and is now at Cañada college preparing to transfer to a 4-year university. Jesus is a computer science major with aspirations to minor in 3D animation. In his free time Jesus loves to work on his 3D animations and to have fun with friends. 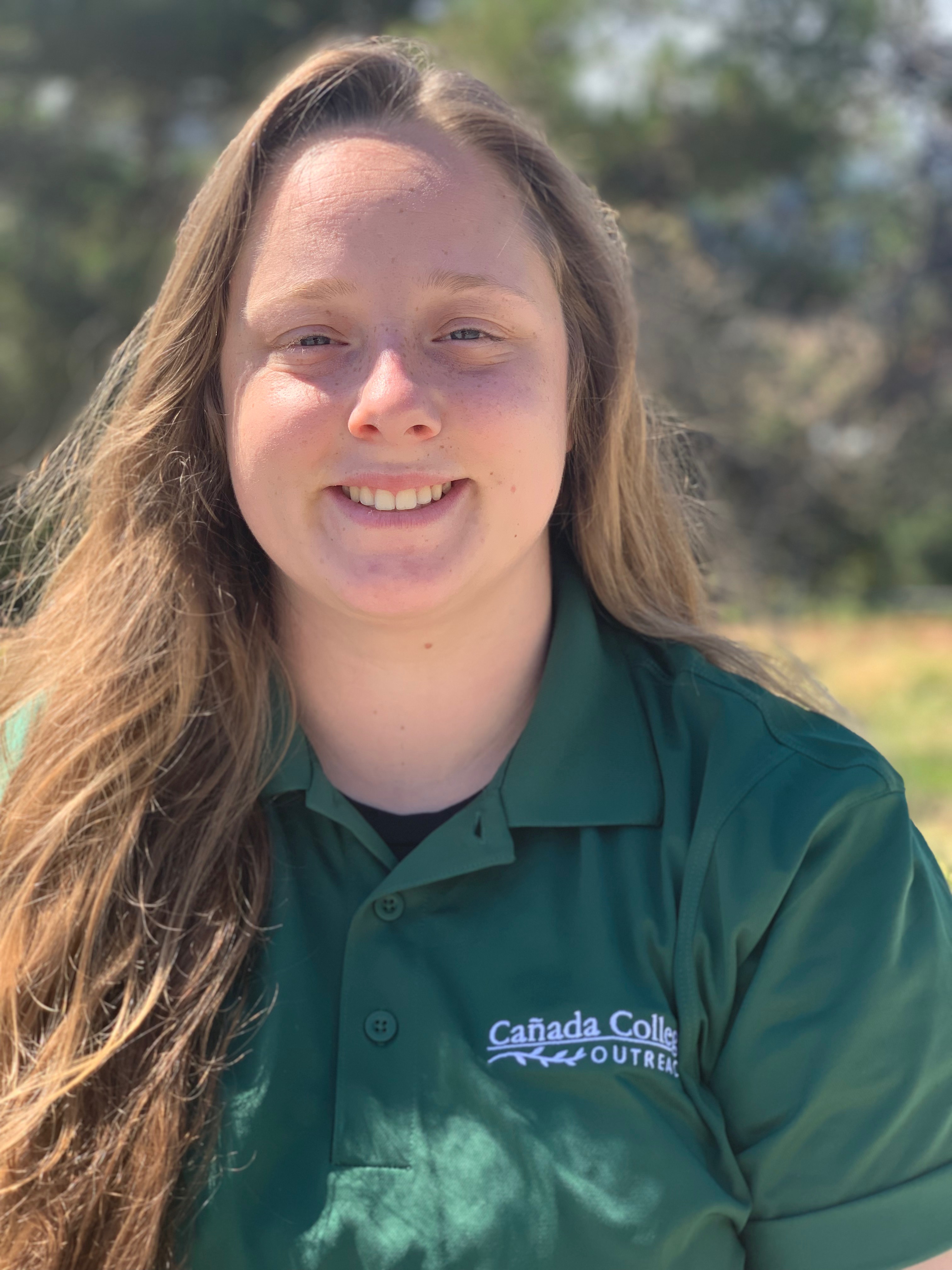 Gayle is from Southern California. After acquiring her B.A. in Psychology from Marymount California University, Gayle moved to Redwood City in order to work at the Stanford Graduate School of Business. She fell in love with Redwood City and decided to stay in Northern California to complete some prerequisite courses for Medical School at Cañada College. Gayle aspires to attend either Stanford Medical School or Kaiser Permanente School of Medicine upon finishing her prerequisite courses. 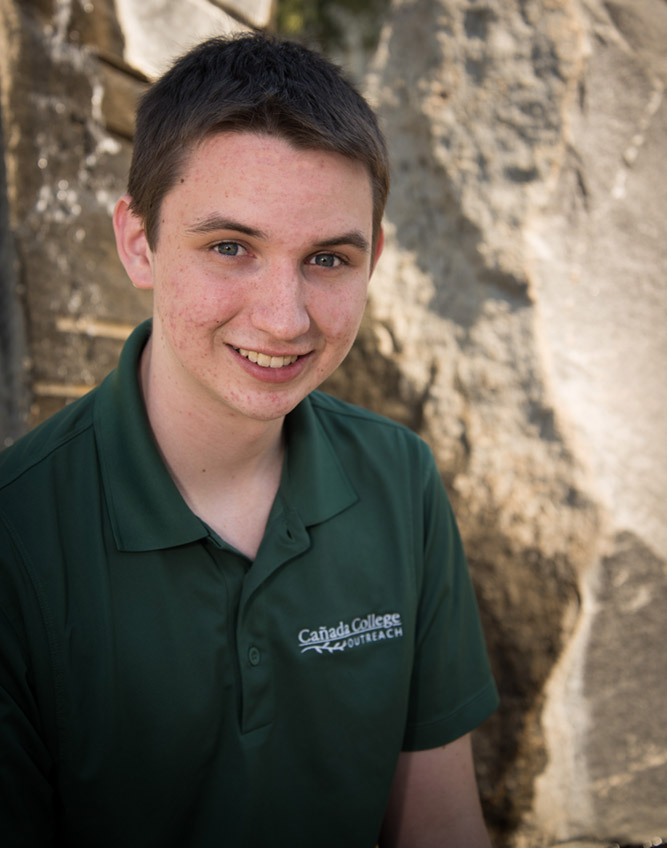 Aidan graduated from Sequoia High School Independent Study Program after studying concurrently at Cañada for two years. He is planning to transfer to the Colorado School of Mines to pursue a career in the field of engineering. In addition to school, he enjoys music especially choral singing and piano. 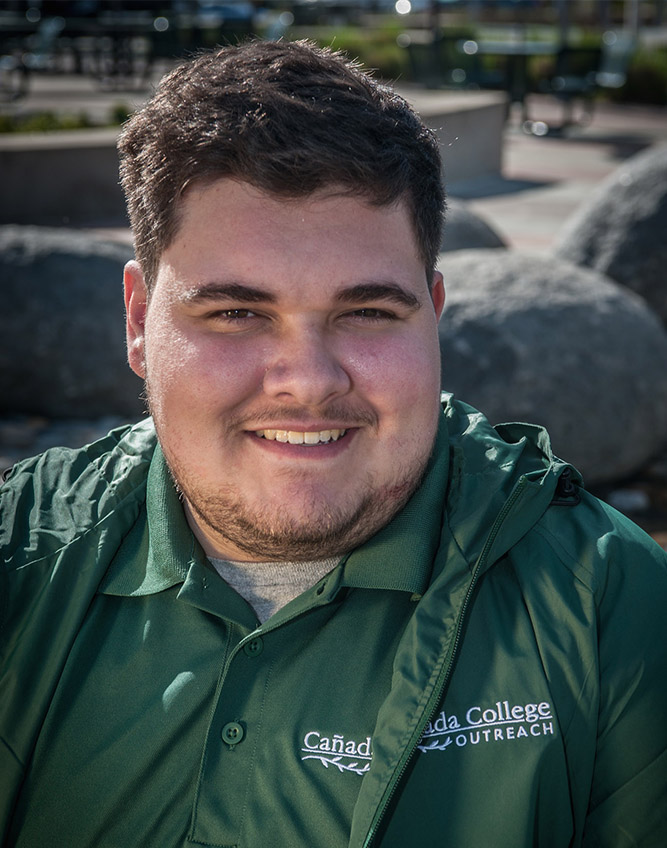 Brandon graduated from Half Moon Bay High School. He is planning to transfer to pursue a career in teaching as a high school level history teacher. Brandon enjoys music and spends his free time playing basketball. 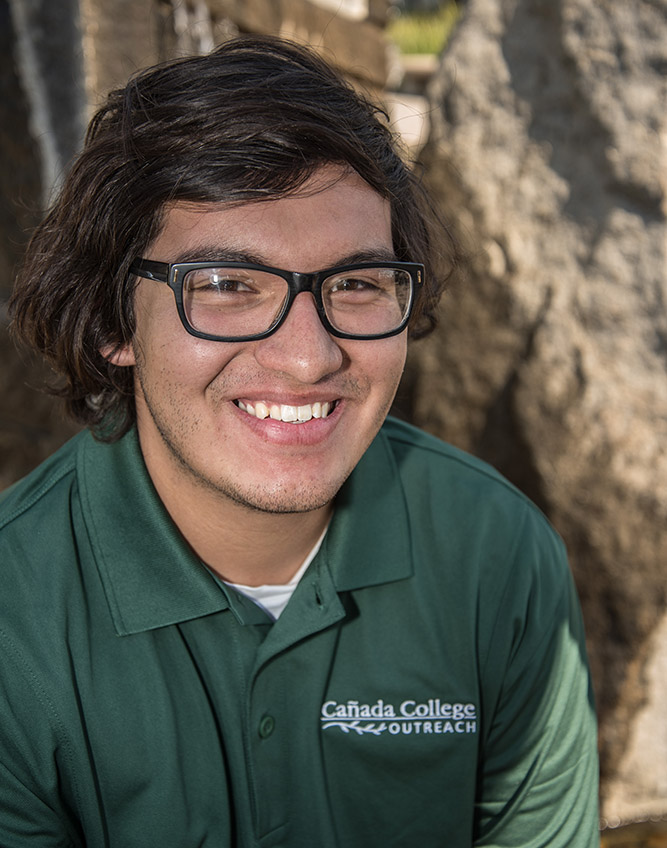 Guillermo (Memo) Lopez, has Graduated from Everest Public highschool and is currently focusing on Art and developing his skills in the Art world. He chose Cañada College for its many programs and opportunities as well as the financial help that Cañada has to offer. Eventually he plans on working in Animation and possibly working on the next big animated film. 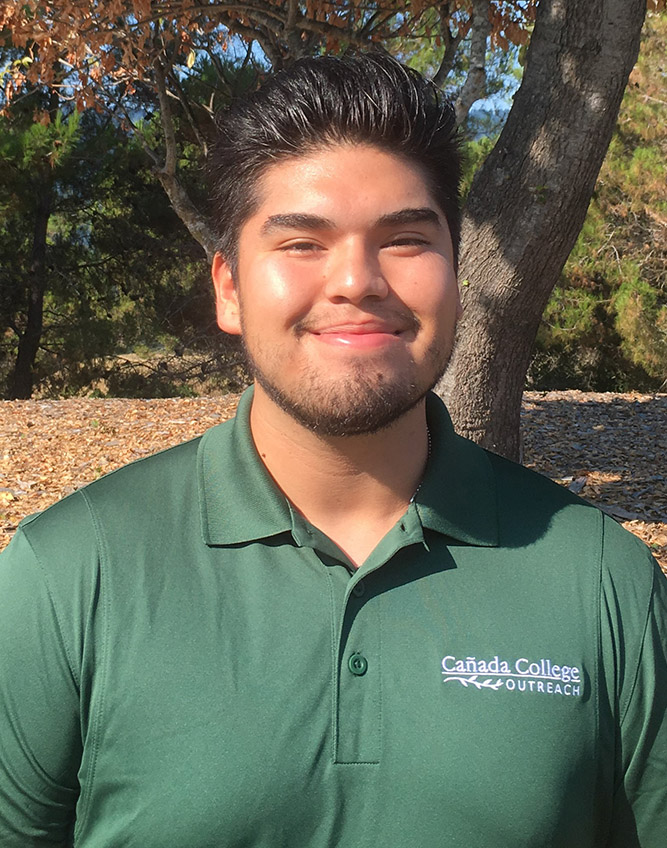 A resident from Redwood City for nearly 18 years, Joshua Valdez has graduated from Summit Prep High school. Joshua is currently pursuing a double major in both Psychology and in Dance. He saw Cañada as his best choice as he plans to transfer to UC Irvine within the next 2 to 3 years. He strives to one day become a well-known choreographer and perhaps be seen in the next Step Up movies as we all know there will be more. 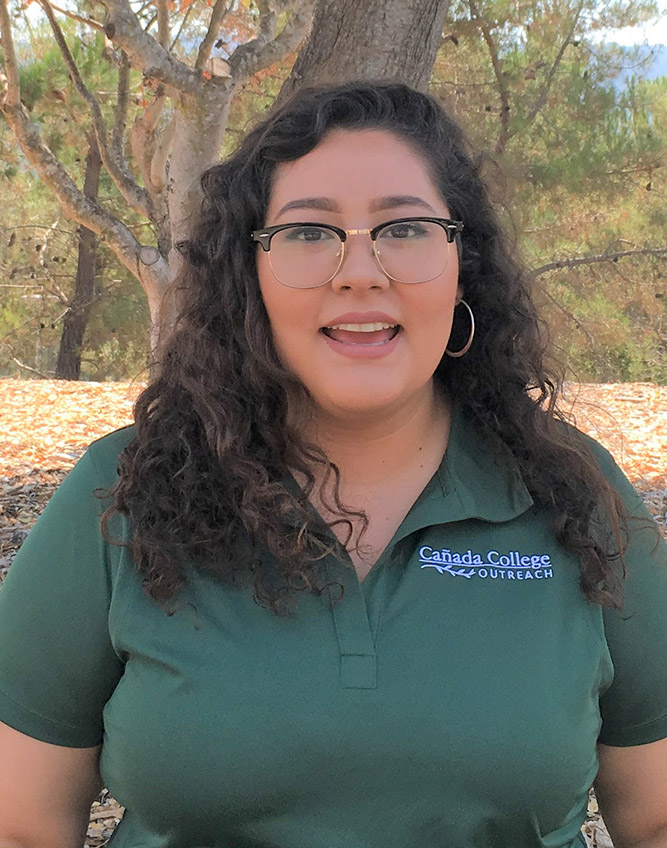 Madeline graduated from Menlo-Atherton High School. After long orientations at different schools, Cañada College was her final destination. Cañada’s close knit community helped Madee work hard and succeed in her classes as she explores different career paths. Her goal is to equip herself with the tools to help people in her community and beyond. She also enjoys club activities and is an active member in Cañada’s Glee Club and Intervarsity. 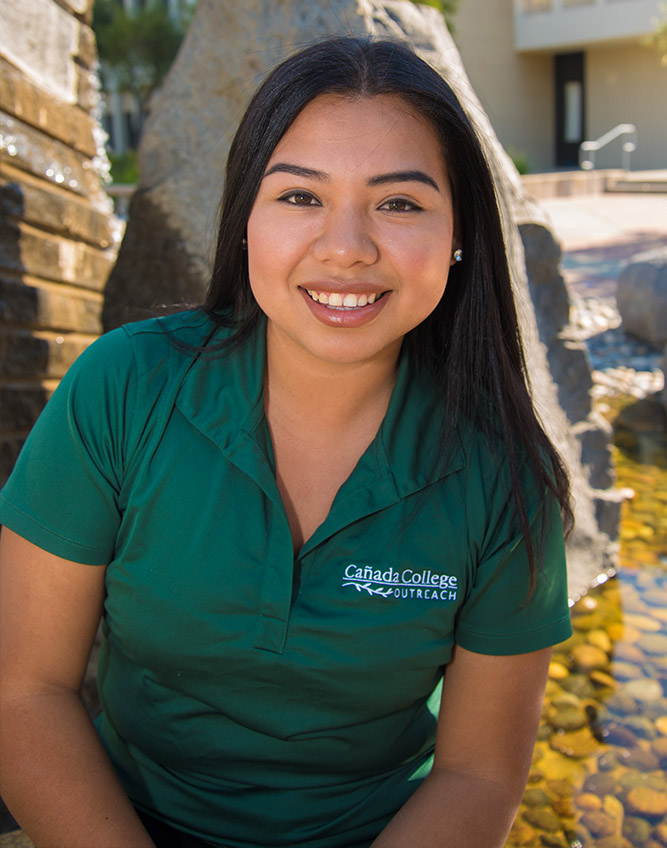 Gabriela was raised in San Mateo and graduated from Hillsdale High School. She is currently working to become a Social Worker and is in her second year. 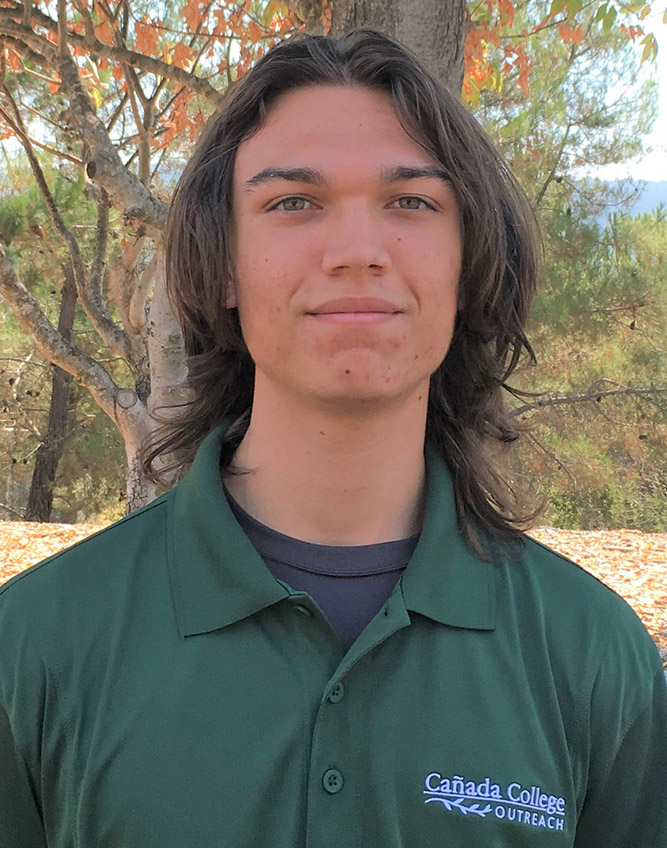 Kenneth graduated from Middle College after attending Menlo-Atherton High School. He is currently working on transferring to a 4 year university while completing his prerequisites for medical school. Kenneth enjoys archery and rock climbing. 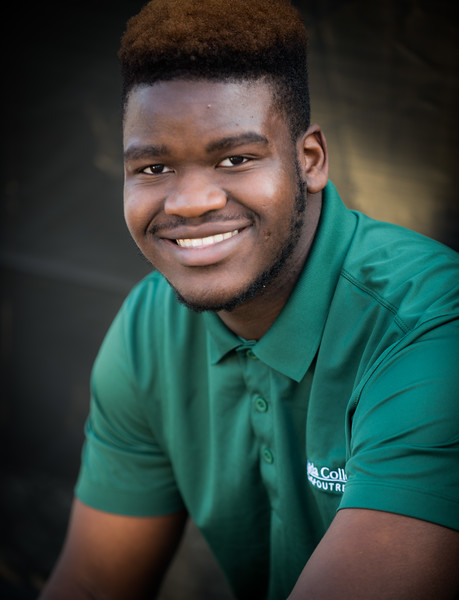 Guidance is an international student from Zimbabwe who is currently studying Digital Art and 3D Animation on the Global Becca Scholarship. Guidance is the Commissioner of Design and Marketing on the Student Senate for the 2017-2018 term, a Student Ambassador in the Outreach Department, and a distinguished student representative at the Academic Senate meetings. He hopes to transfer to University of Southern California where he plans to double major in Graphic Design and 3D animation. 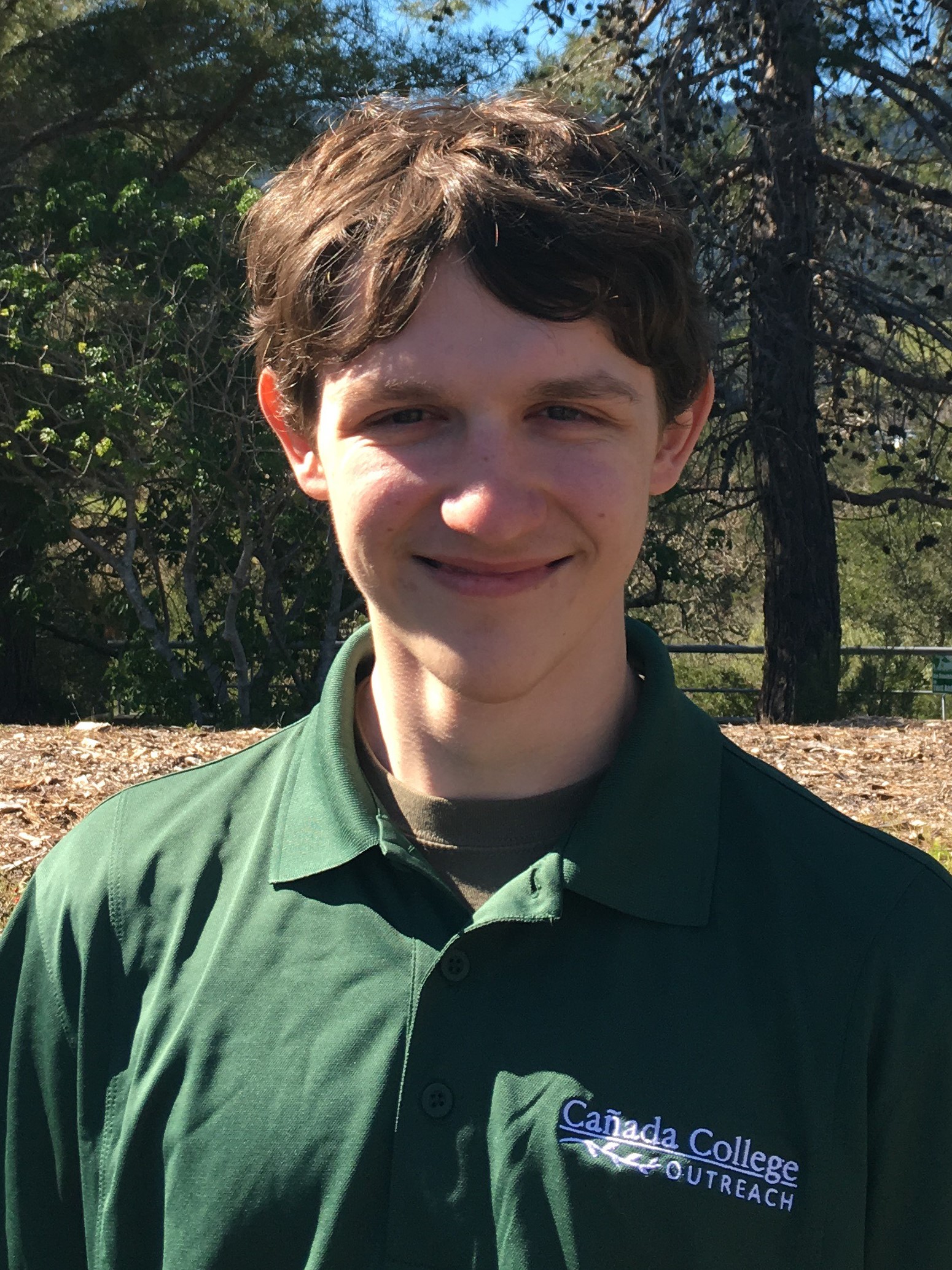 Nicki graduated from Menlo-Atherton High School. He is planning on becoming a marine biologist and researching leopard seals and other marine mammals in Antarctica. Nicki enjoys rock climbing and archery. 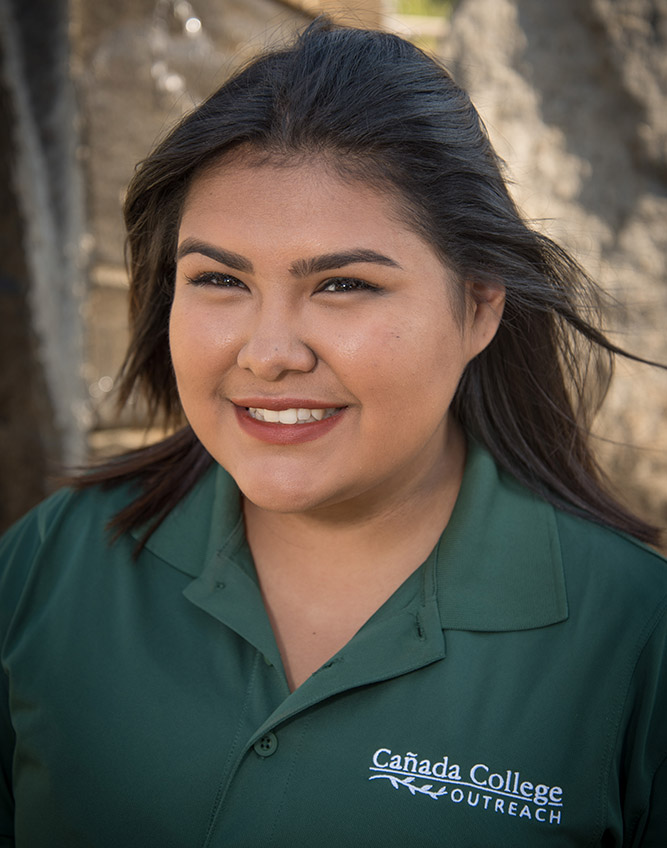 Jaynar de la Cruz Ochoa has been a Student Ambassador for the past 2 years. She is now ready to transfer to SoCal as a Film and Television Production major with a minor in Chicano Studies and French. She is currently attending Cañada College, CSM. and De Anza College. Her dream career would be to become a director and producer for feature films; not just in the U.S, but international as well. 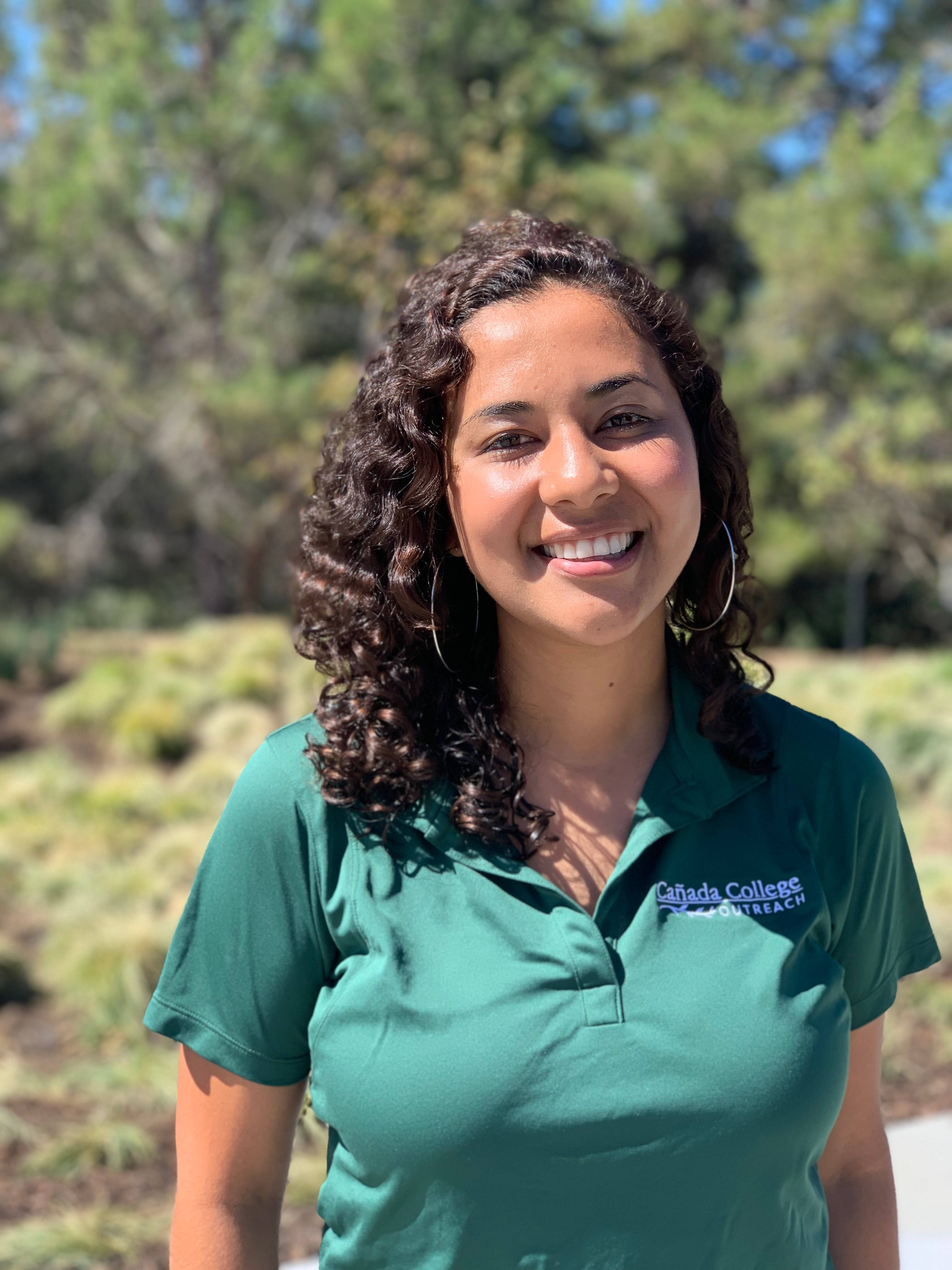 Sindy is a currently Medical Assisting student, she wants to major in Nursing. Sindy is a Student Ambassador and Peer Mentor in Eso! Adelante Program. Also, Sindy is an ESL Former Student and she wants to transfer to a 4-year university or to San Francisco State University. Some of Sindy’s hobbies are watching non-fiction series, reading magazines, and hiking. 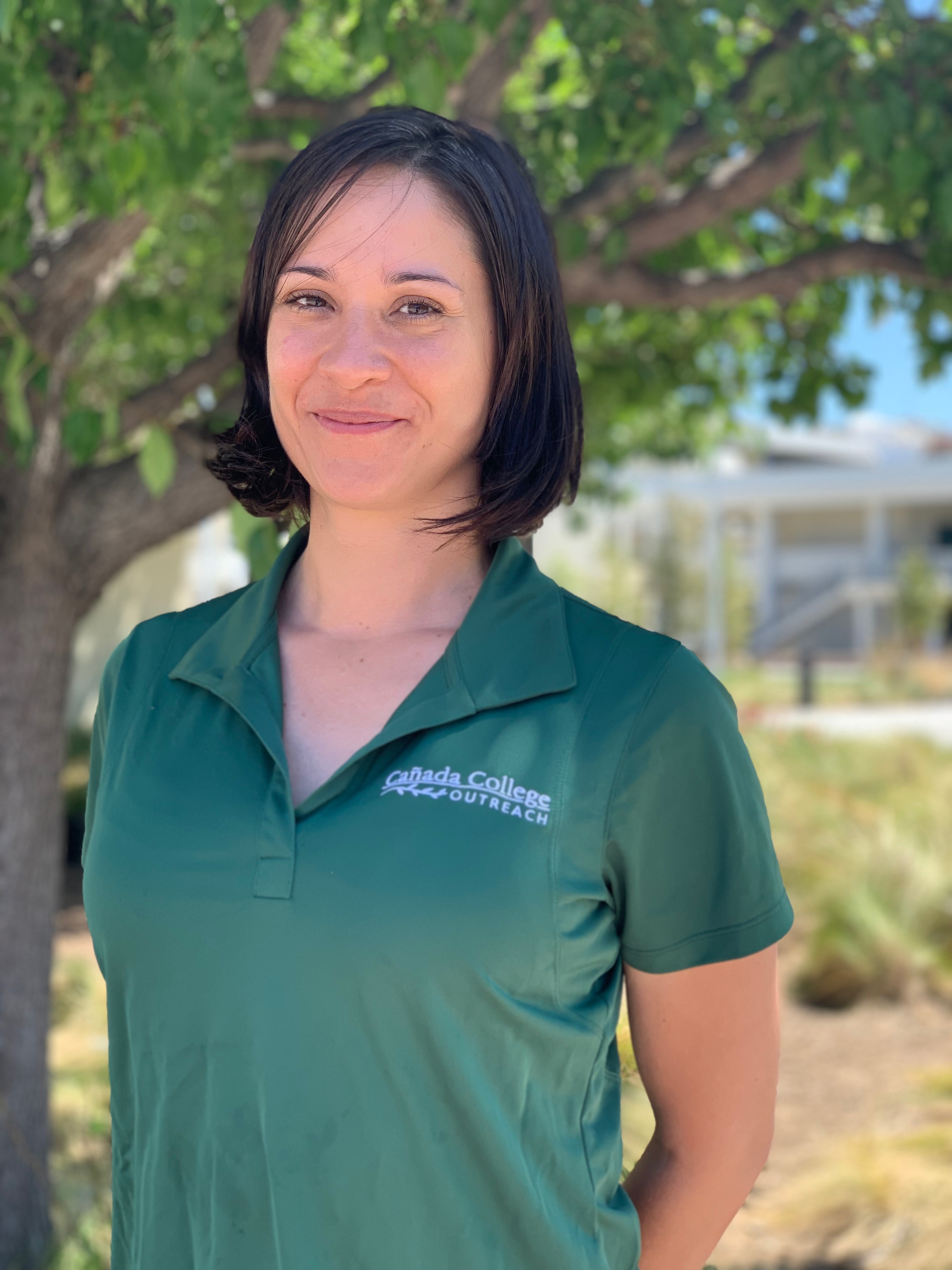