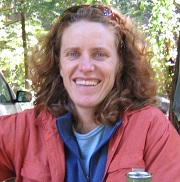 Susan Mahoney has a B.A. in Environmental Studies from Macalester College in Minnesota. During college, she worked for the Groundwater Division of the Minnesota Pollution Control Agency, where she immediately realized the transformative power of student internships. After graduating, she took a 12-week volunteer position, which turned into 2 years of employment as a Hydrology Technician for the US Forest Service in a remote and beautiful region of Idaho. Hooked on water, she entered graduate school at UC Davis to study hydrogeology (groundwater) and bioremediation (the use of microorganisms to clean up soil and water pollution). She earned a M.S. in Hydrologic Sciences with an emphasis on Hydrogeology in 1998, and decided soon thereafter that she really enjoyed teaching. Professor Mahoney has taught as a full-time instructor at three California community colleges. Currently, she teaches Environmental Science, Geology, Physical Geography, and occasionally Oceanography here at Canada College, where she is also the Coordinator of the Honors Transfer Program and a co-chair of the college Sustainability Committee. Personally and professionally, she is passionate about water resources and renewable energy. Additionally, she loves to travel and eat good food, and you can often find her hiking, biking, and exploring northern CA with her family. 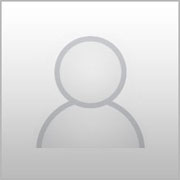 Jim Hoffman is an adjunct instructor in Computer and Information Science for Cañada College. He has been teaching computer science and math classes for almost 25 years. Before moving to California, Jim was the Assistant to the President of Statewide Services at Vincennes University, Indiana’s only comprehensive junior college and one of the nation’s oldest post-secondary institutions. Jim holds a Master of Science in mathematics, and another in computer science. Jim was a professional programmer for eight years and moved into education in 1994, starting as an instructor, becoming the chair of the Liberal Arts Department and finally liaison to the Community College of Indiana, all for Vincennes University. In 2009, Jim moved to California, and joined Heald College, where he worked as an instructor and department director for five years. Since then, he has taught computer science and math courses at community colleges in the Bay Area. 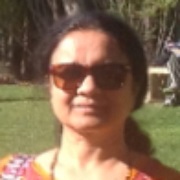 Sumathi Shankar had her formal education in mathematics from India. She worked as a high school math teacher in India before she moved to the United States in 1990. Professor Shankar worked at CU, Boulder as an adjunct instructor for math for many years after graduating in 1999. During the same period she also taught at the Front Range Community College in Boulder. From Spring 2006 through fall 2006 she taught at the Cosumnes River College, Los Rios Community College District, Sacramento. She moved back to Colorado and returned to teaching math at both CU Boulder and Front Range CC, Westminster. Beginning Jan 2010, Professor Shankar started working as a full time math faculty in Community College of Denver, Colorado, got tenure and promoted to Associate Professor, Mathematics. She taught all classes from intermediate algebra through Calculus II in CCD. Professor Shankar joined Canada College in Jan 2017 and has taught beginning algebra, path to statistics, trigonometry, Calculus I and Statistics, so far. Professor Shankar was the first person to go to college in her family which made her very aware of the challenges that first generation college students go through. When she went to University of Colorado, Boulder as a graduate student, she had to juggle her studies with working in the Math department as a TA, while taking care of a young child. Her K-12 education took place in several different states in India which required her to learn a new language each time the family moved to a new state. As a result she is very fluent in 4 languages: English, Tamil (speaks at home), Hindi (the National language of India) and Marathi (the local language spoken in the state she graduated high school from). She can read and write a fifth (had two years of French) and understand and speak at least 3 others. Professor Shankar loves math and loves teaching. Teaching is more a calling than just a profession. Besides teaching and reading and doing math related activities, she loves traveling, reading adventure novels, bird watching, cooking, and painting (occasionally). 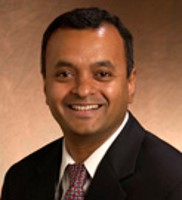 Dr. Ramki Kalyanaraman received his Undergraduate and Master’s degrees in Physics and Materials Science from the Indian Institute of Technologies and a Ph.D. in Materials Science & Engineering from North Carolina State University (1998) performing research on thin film high-temperature superconducting material. Between 1999 and 2001 he worked as a post-doctoral researcher with Oak Ridge National Lab and (then) Lucent Technologies Bell Labs performing Silicon process research. From 2001 till 2019 he has been a professor at 4-year universities, first in the Physics department at Washington University in St. Louis, and then in the Materials Science and Chemical Engineering departments at The University of Tennessee in Knoxville. His interest in the STEM field came from reading science fiction novels of Jules Verne. His passion has been to help students explore the role of lasers in materials science, research thin film technologies, and advance nanotechnology through class-room and hands-on research work. This passion developed into an internationally recognized research and education program that has been supported by the National Science Foundation for nearly 15 years, including by the prestigious NSF CAREER Award. He has published over a 100 peer reviewed papers, supervised the dissertation of 14 Ph.D. students, given dozens of invited talks at international meetings, has multiple patents, and is a highly cited researcher in materials science. His deep desire to teach each and every student to enjoy the learning process has brought him to Cañada College. 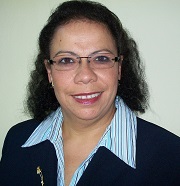 Jeanette C. Medina was born and raised in Caracas, Venezuela where she obtained her degree of “Licenciado en Quimica” from the “Universidad Simon Bolivar” in 1984. She received her Ph.D. from the University of Miami, Florida in 1991. Her graduate work was in the area of “Macromolecular Assemblies”. While in search for a teaching position, Dr. Medina served in different capacities at various Colleges and Universities such as Florida International University (1992), Hamline University (1992-1993), Long Island University (1993) and State University of New York at Geneseo (1993-1994). This allowed her to experience diverse student bodies that have prepared her for her current tenure at Cañada College. Dr. Medina is a strong advocate for chemistry education, career awareness, student mentoring and community outreach. She has provided independent research opportunities for undergraduate students; facilitated field trips and tours of the local industry for her students; invited industry guest speakers to campus; served as advisor to several student clubs: WINSS (Women in Natural and Social Sciences) at Hamline University; HUG (Hispanic Unidos in Geneseo) at SUNY-Geneseo; CIS (Careers in Science Club) and WISE (Women in Science and Engineering) at Cañada College. Dr. Medina joined the faculty in the Chemistry Department at Cañada College in 2001 and currently holds the rank of professor. Since 2001, Dr. Medina has worked to revitalize the Chemistry Program; create honors coursework in drug development and organic chemistry; modernize the chemistry laboratories; acquire modern analytical chemical instrumentation; implement environmentally friendlier experiments; increase and update available student resources at the library, learning center and MESA center; Dr. Medina is an active participant of the STEM Center efforts. She serves as a mentor to STEM NSF Scholars and designed and taught CHEM Jam. 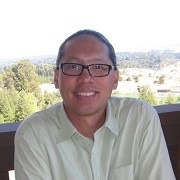 Ray Lapuz has been teaching mathematics at Cañada College since 2000, but started teaching math in 1991. He coordinated the math department of the Academic Excellence Honors Program, a program for underrepresented students in the sciences at UC Santa Cruz. He also developed math curriculum and taught in the UCSC Summer Bridge through the Educational Opportunity Program for 5 years. While working, he completed is M.A. in Mathematics at UC Santa Cruz. In 2000, Professor Lapuz began working at Cañada College as a math instructor and a MESA Co-coordinator. He eventually transitioned into a full-time faculty and has been involved in many academic initiatives; he is one of the founding math faculty of the Math Jam program. Professor Lapuz has previously taught Computer Science classes at Cañada, has been the faculty advisor the Engineering Design Club and led a group of students to a Robotics competition, and works with many other clubs and programs on campus. He is often in the STEM Center holding office hours and working with students. 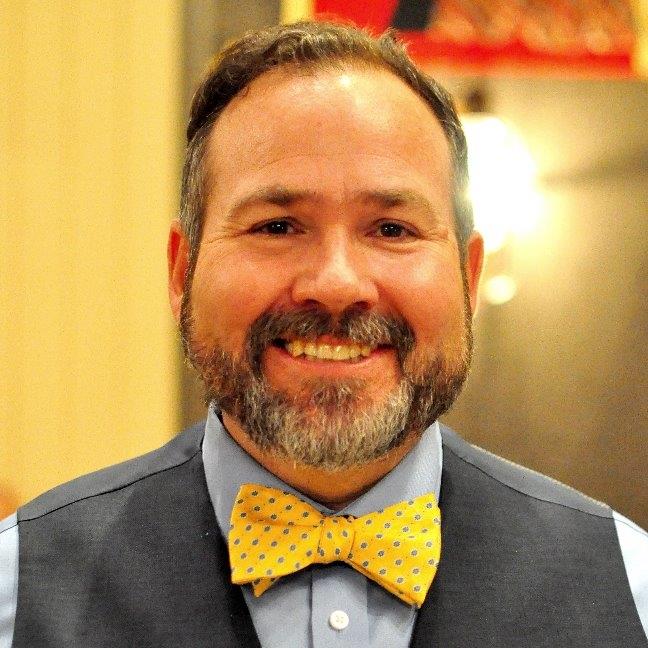 Nathan was born and raised in Pomona, California (Los Angeles County), the youngest of 5 children born over a 25-year range (4 boys and 1 girl). Nathan graduated as Valedictorian and a Varsity Wrestler from Damien High School in La Verne, CA, and went on to graduate Magna Cum Laude with a B.S. in Biology from Loyola Marymount University, in Los Angeles. He has been an enthusiastic artist since childhood, and also earned Minor emphases in Studio Art and Biochemistry from LMU. Nathan always has had a desire to teach, and as his interests grew in molecular biology and microbiology, he decided to pursue a Doctoral degree at the University of California, Santa Barbara to be able to teach at the college level. He earned his Ph.D. in Molecular, Cellular, and Developmental Biology from UCSB in 2002, studying modifications of the host plant cell wall in legumes (namely alfalfa, Medicago sativa) during invasion and colonization of plant tissues by the beneficial symbiotic bacteria, rhizobium (Sinorhizobium meliloti). His Doctoral dissertation is entitled “Symbiosis-Induced Modification of Legume Cell Walls in Response to Nitrogen-fixing Rhizobia.” Nathan has continuing interests in bacterial interactions with plant and animal hosts, resulting in either beneficial (mutualistic) or pathogenic relationships. In his free time, Nathan loves to play with his family (wife, Michelle, and teenagers Sarah and Matthew), play and watch basketball (BIG Lakers and LMU Lions fan!), enjoy bicycling or hiking outdoors, sing barbershop quartet harmony, help lead his Church choir, read comic books, practice wrestling and Judo, play softball, and draw, sculpt or paint – particularly the human figure.