Cañada student to transfer to the American Music and Dramatic Academy

Dominique Franceschi was born and raised in Bogotá, Colombia. Unlike many others, she didn’t discover her passion and love for performing arts until her senior year of high school.  After high school, she enrolled in MISI, one of the most complete four year musical theater conservatory programs offered in Colombia. While the training program at MISI was a wonderful opportunity, Dominique decided that her calling was to pursue a degree in dance theatre.
In the fall of 2014 she left her family and everything familiar, moved to California and began studying dance and completing her general education at Cañada College.
Dominique has become an active member of the Cañada College Community. She’s currently President of the ICE (International Culture Exchange) club, a member of Glee Club, the Drama Club and the Journalism Club. Dominique also enjoys volunteering for the Student Senate, which she is planning to join for the summer 2015 term.
Her hard work and dedication has earned her the Global Beca Foundation scholarship in her first semester, and the SMCCC Foundation Scholarship and the CSEA Chapter 33 Scholarship for the 2015-2016 academic years.
In April 2015, she auditioned for the prestigious program, AMDA, (The American Music and Dramatic Academy), located in Los Angeles.
After an extensive admissions and audition process, Dominique was accepted into the program and will be transferring to the conservatory in fall of 2016.
Cañada College is very proud of Dominique’s hard work and perseverance and the faculty wishes her great success in her future and studies at AMDA.
Written by Dominique Franceschi in collaboration with Professor of Dance,  Casandra E. Owen M.F.A
Photograph by CEOdanceco.com 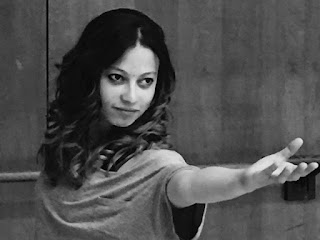