Ismael Barragan: From Cañada to a Future Career in Medicine

Ismael Barragan grew up in Redwood City, graduated from Menlo-Atherton High School, and recently finished the UC Davis School of Medicine Postbaccalaureate Program and is now preparing for a future career in medicine.

He said Cañada’s small class sizes and close-knit community helped prepare him for the rigors of studying medicine. 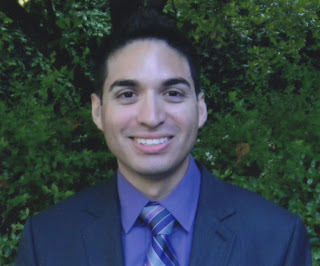 “The student population is small enough that you get the feel of having a close-knit community where people are willing to help each other out,” he said. “The professors are awesome. They were always willing to help me during office hours or review sessions, and provide the guidance to excel in classes.”

Barragan said he will never forget his organic chemistry class at Cañada with Dr. Jeanette Medina. “Although a challenging class, Dr. Medina was always willing to help out any student who was struggling in the class. She provided regular office hours as well as extra office hours for those who needed a different time. She also provided review sessions, and did a wonderful job of making sure every student that wanted to excel did.”

Medina said she enjoyed having Barragan in class. “He is an example of a student that, for one reason or another, falls through the cracks in high school but with our student support services becomes an exemplary student.” Medina said Barragan has always been committed to community service, both at Cañada and at UC Davis, including participating in a study abroad program performing clinical and hospital rotations in Oaxaca, Mexico. “He is well on his path to a successful career as a medical doctor. I’m very proud that his path began at Cañada.”

Aside from her classroom help, Medina also wrote letters of recommendation for Barragan and other students. “With her help, I was able to receive scholarships and was accepted into UC Davis,” he said.

Barragan said he learned how to study at Cañada. “I learned the value of organizing small study groups with students who also wanted to excel in school,” he said. “I learned to locate the necessary resources when needed, and learned to become a disciplined student. Many of the skills I learned at Cañada allowed me to excel as a student during my time at UC Davis. Also, I learned the value of attending regular office hours. My grades reflected the extra effort I put in.”

But for Barragan, Cañada was more than just burying his nose in books. “Some of my fondest memories involve being a member of the Premed/Health Club as well as MESA (Math, Engineering, Science, Achievement). Through MESA, I met Cathy Lipe who helped me find scholarship which helped fund my academic career.”

Lipe also helped Barragan apply for the Summer Medical & Dental Education Program, a six-week medical school preparatory program. “Cathy helped me realize that those who are determined and not afraid to put in the hard work will reach their goals. I met other students who share a similar passion of one day becoming future health care professionals and serving underserved communities. Together, we organized a blood drive in partnership with Red Cross, a fundraiser to help a fellow Cañada student who had a child suffering from leukemia, and a fundraiser to assist Doctors Without Borders.”

Barragan said students that are serious about their academic future can find the help at Cañada they need to succeed. “I would tell new students at Cañada to surround themselves with people who are serious about school and take advantage of the many resources available to students. You’ll find everything you need at Cañada.”
Posted in: Physical Sciences, Biological Sciences, Biology, Featured, Mathematics, Chemistry, Math